History of self-defense and hand-to-hand combat

The earliest evidence of such competitions are captured on the Sumerian, Egyptian and Minoan bas-reliefs. Tournaments in fisticuffs, reminiscent of boxing, were held in ancient Greece. Boxing really became a martial art in 688 BC. when fisticuffs were first included in the program of the ancient Olympic Games. One of the Olympic champions of that time was a famous mathematician Pythagoras. Modern boxing originated in England at the beginning XVIII century. 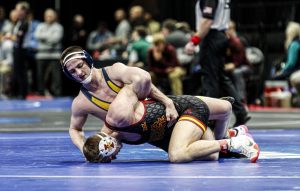 Judo was included in the program of the 1964 Olympic Games in Tokyo.
Sambo. The domestic self-defense system has passed a long way of development – from “freestyle wrestling” to
“self-defense without weapons” (sambo). Definition of “sambo” appeared in 1927 in the book of V. A. Spiridonov (1883—1943) – a military man who in 1921 created the basis of a new system from the best elements of various combat arts of that time. This included the techniques of the combat section of wrestling in clothes, which were taught to fighters Workers ‘and Peasants’ Red Army (RKKA) and the People’s Commissariat of Internal Affairs (NKVD). V. A. Spiridonov believed that in addition to individual elements from various martial arts such as freestyle and French wrestling or boxing, it is necessary to learn and practice everyday self-defense skills, combining this with training in sportswear.

France and individual countries of the former Soviet Union created the World Federation. In 1993, the United States arose third world federation. The merger took place only 1997 at the FIAS unification congress in Tbilisi.
Mikhail Tikhomirov was elected President of the Federation. 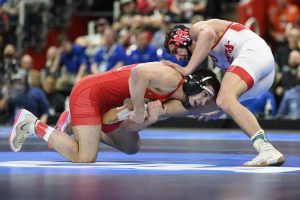 Many changes have taken place over the years. Joining the International SAMBO Federation of others countries have significantly changed the rules of this sport: in they included some provisions from many national
types of struggle. Of course, sambo of the middle of the 20th century is different from the wrestling of today. In 1991, after the collapse Soviet Union, held the last championship of the country. Since then, all the strongest sambists from the former Soviet republics have met only at international competitions.

In 2003, the Board of the State Committee for Sports of Russia recognized sambo is the national sport.

In modern Russia, as and in the world, are very popular mixed martial arts. They are a universal type of combat arts. Pankration entered the program of the Olympic Games in 648 BC. e. Legends are called the creators of the pankration of the ancient Greek heroes – Theseus and Hercules. Theseus, with the help of a martial art that combines blows and wrestling, ndefeated the Minotaur, and then, becoming king (XIII century BC)
created the Isthmian Games, the program of which included martial arts. Hercules demonstrated the pankration technique in a fight with the Nemean lion.