The Best Martial Arts Styles for Self Defense. Jujutsu

It is still not clear which martial art is best suited for self-defense? Fencing? Well, walking with a blunt sword through the gateways is not the best idea. Some outlandish martial art that only a gray-haired monk and a couple of hundred adepts around the world know about? Street fighting skills are also not always enough, because the hooligans who decide to pick your pockets most likely know them just as well as you. So it’s very difficult to say right away, probably everyone has their own opinion, capoeira and boxing are enough for someone. Therefore, it makes no sense to exalt one martial art over others, instead, we will offer 7 highly effective types of martial arts, ideal for self-defense. Very brief overview and the right to choose at your own discretion.

Country of Origin: Japan Also Known As: Jujiu Nickname: “The Art of Softness” Famous Fighters: Ice-T History of Jujutsu Many of the modern and popular styles of martial arts, including judo, aikido, and Brazilian jiu-jitsu, have their origins in classical Japanese jujutsu. By and large, without jiu-jitsu, the fair of modern massacre would not be what we know it in its current form. It may seem to someone that the jiu-jitsu federation paid us extra, but in fact, many martial arts would lose their effectiveness. So, jiu-jitsu, or as they say in Japan, juju was one of the fundamental methods of samurai combat training. Well, of course, when it comes to Japan, it’s somehow about samurai, or technology, or geisha, or really bad porn. As you know, the equipment of a samurai made him a killing machine, but anything happens in battle, and in frequent cases, when a warrior was left without a sword, dagger and bow, he had to fight with the last weapon that he had left – with his hands and feet, and more often everything against an armed enemy. The literal translation of “jujutsu” can be confusing. “The Art of Softness”… are you serious!? Powerful and effective techniques devised to, if not kill, then simply lay down the enemy with bare hands give the least softness. 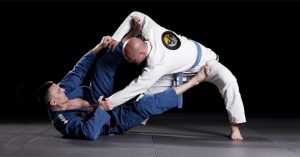 Why is Jiu-Jitsu one of the best martial arts? Jiu-jitsu is one of the most effective martial arts in the world because it uses the aggressiveness and momentum of the attacker against him. In fact, this is the art of counterattack, self-defense in its purest form. It made no sense for a chained and tired samurai to rush to the tip of a spear or sword, it was easier for him to kill the enemy with his own energy. In addition, hitting the armor with your hands and feet is not entirely effective, but dodging, intercepting the blow and planting the enemy on his own weapon is quite useful. The basic principle of jiu-jitsu is “do not go into direct confrontation in order to win”, do not resist, but yield to the onslaught of the enemy, only directing his actions in the right direction until he is trapped, and then reverse the strength and actions of the enemy against himself. Jiu-Jitsu fighting techniques are based on the knowledge of human anatomy, physiology and psychophysiology, as well as on filigree technique, brought to automatism and the nuances of the strategy and tactics of the fight. There is no place for all sorts of dance “pas” and techniques in the style of “cinema”. There is only one task: to destroy your enemy or enemies as quickly as possible, using any methods that are in your arsenal.