What type of martial art suits you best?

The decision to become a strong personality has always been held in high esteem. Agree, it is very pleasant to feel confident and free. Martial arts develops endurance, physical data, mental abilities, helps to cope with negative emotions and develop as a person.

Today, there are a lot of different sections, and it is sometimes difficult for a novice fighter to cope with the choice. In this article, you will learn about the most popular and effective martial arts, how they will change your life and how to choose the most suitable martial art.

What is martial art?

Martial arts are different types of technique techniques, self-defense and defense. They are considered one of the oldest types of martial arts. There are very ancient and modern martial arts.

Developing physical abilities in yourself in this direction, you get not only good physical fitness, but also endurance, spiritual development. 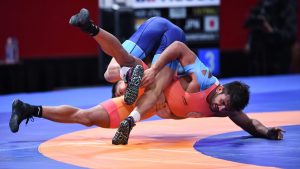 The main thing in any kind of martial arts is not to destroy the enemy, and not to let yourself be destroyed. This is the golden rule of all fighters, and by training every day, they hone their skills and develop iron tactics of self-defense, which brings victory in the ring. Knowing how to defend yourself – the enemy has no chance.

There are many types of martial arts. Below you can see the most popular and basic ones, which are suitable for absolutely everyone who wants to learn wrestling.

How to choose the right martial arts?

Having familiarized yourself with the types of martial arts, you probably saw qualities that you would like to improve. When choosing a type of martial arts, be guided by your physical abilities and inner feelings, in which direction you would like to practice. Before visiting, it is important to choose a combat club, where you will be given a thorough consultation on the sport of interest and will help you make the right choice.