Country of Origin: Japan Nickname: “Way of Spiritual Harmony” Famous Fighters: Steven Seagal, Matt Larsen History of Aikido Aikido is not just a fighting system. The founder of aikido, the legendary Morihei Ueshiba, studied several areas of traditional jujutsu, kenjutsu, and the art of calligraphy. On the basis of the acquired knowledge, he formed his own system – Aikido – as opposed to the traditional bu-jutsu (the art of killing). Aikido – budo (the way to stop killing), teaches the killing techniques of bu-jutsu, not only with the aim of killing, but with the aim of stopping them, making a person strong, helping others, uniting all people on the basis of love. As they say, kindness must be with fists. Ueshiba once said, “Controlling aggression without causing harm is the art of peace.” Aikido is also a highly spiritual martial art. The word aikido means “the way of the harmony of the spirit” (“Ai” means harmony, “ki” means spirit or energy, “do” means a way, road or way). 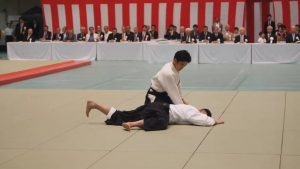 Why is Aikido one of the best martial arts? As a preface, aikido is one of the most difficult of all Japanese martial arts. If you want to quickly, in a short time, learn self-defense, then aikido is not your assistant here. Aikido is a derivative of jujutsu, and similarly focuses on merging with the opponent’s attack, redirecting the attacker’s energy, and ending with a painful hold or throw. Aikido fighters use the opponent’s aggression and momentum to incapacitate him or render his attacks useless. However, one should not think that since the development of aikido takes a long time, and the style itself promotes peace and tranquility, then there is little sense from it. This is one of the best martial arts suitable for self defense.

Country of Origin: China Also Known As: Wing Tsun Nickname: “Singing Spring” Famous Fighters: Bruce Lee, Robert Downey Jr., Christian Bale History of Wing Chun The history of Wing Chun is a mixture of fact and legend. Most boil down to the fact that it was developed in the 17th century, as an offshoot of one of the most difficult styles of martial arts studied by the stern and die-hard Buddhist monks. There is talk of the nun Umei, who created a martial art capable of being effective regardless of size, weight, or gender. 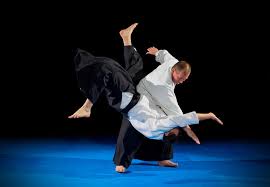 Why is wing chun one of the best martial arts? As in other wushu techniques, it is based on the “chi-sao” technique – “sticky hands”, thanks to which the fighter learns to constantly be in contact with the enemy with his hands, feel all his movements and prevent him from carrying out his techniques. But wing chun fighters fight at a short distance, where you can reach the enemy with your hand, or even better with your elbow. In order to break through to a sufficiently close distance, special types of movements are used. Kicks are used in combination with punches. Usually kicks hit the opponent’s knees at the same time as an upper level attack with hands. What wing chun masters are really proud of is their balance between attack and defense, they can attack and defend at the same time. And real masters are famous for their ability to correctly choose a position, so competently that it is literally impossible to take them by surprise. It is reported by “The Rambler”. Next: https://sport.rambler.ru/other/38668157/?utm_content=sport_media&utm_medium=read_more&utm_source=copylink